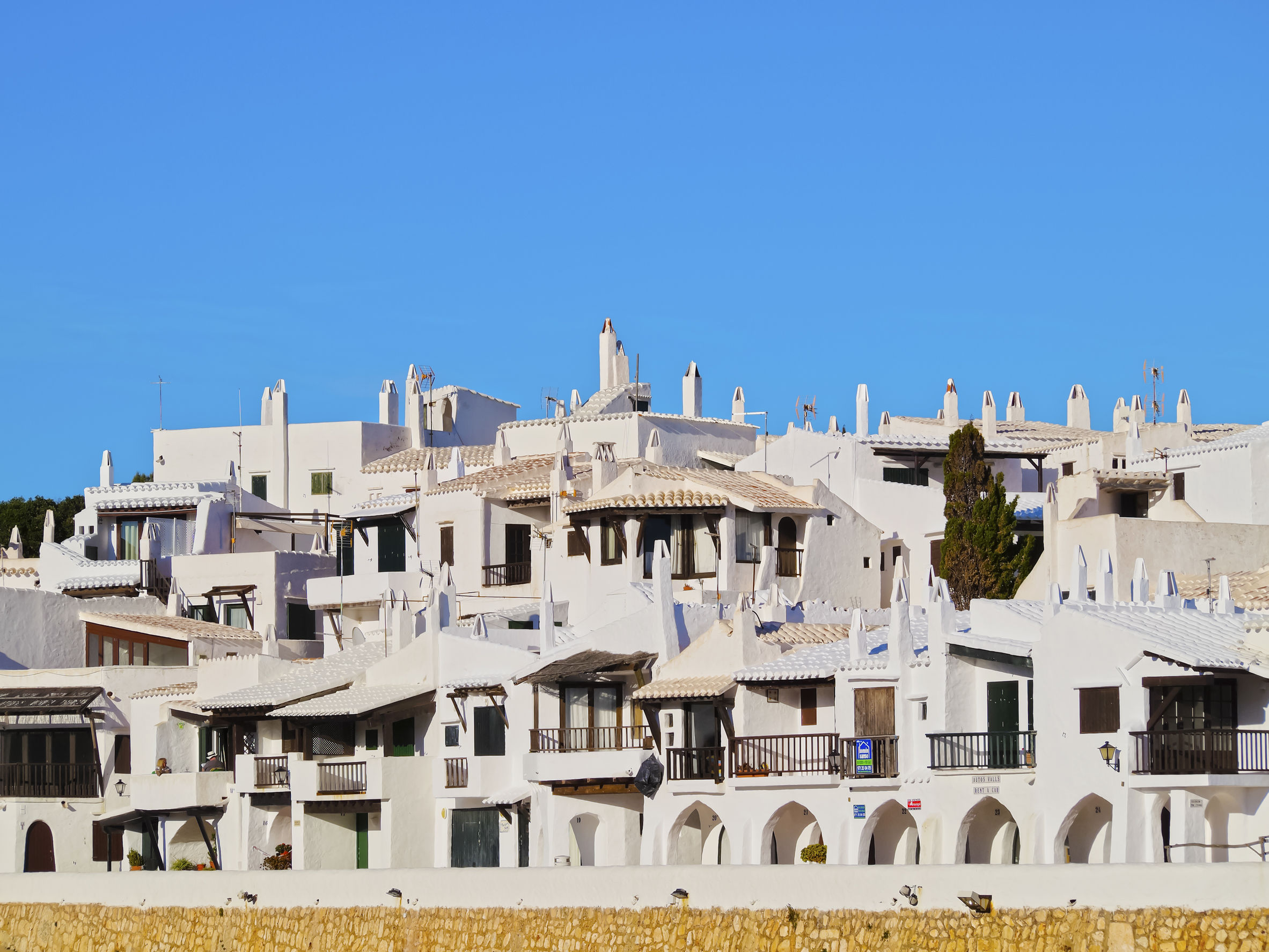 The Binibeca fishing village was built in 1972 and, being one of the most touristic places on the island, it has been completely restored. Its narrow streets and whitewashed houses (which look like they were taken out of a postcard) form a labyrinth in which you will want to get lost for a long time.

Although initially Binibeca gives the impression of being a theme park, the houses are inhabited and you have to keep quiet as a sign of respect.

To get to Binibeca, the easiest option is to go to San Luis from Mahón and from there follow the signs to Binibeca (Binibequer). To get to the fishing village you must take the entrance to Binibequer Vell.

If you want to combine a visit to Binibeca with a day at the beach, Binibeca beach (within walking distance) is very deep, has fine sands and has a small pine forest. In addition to this beach, there are several coves nearby: Biniancolla, Binisafuller, Biniparratx and Binidalí.

Menorca has plenty of small towns worthy of a postcard. Without a doubt Villas Etnia is the best option to rest after a long day of visits and tourism.
“Menorca is a charming island in the Mediterranean, with incomparable beaches and coves of golden sand …”