A journey through the history of Menorca

Between 1000 and 700 BC. the talaiots, cone-shaped dry stone towers, were built. Its main function was the visual domain of the surrounding territory, as well as the social cohesion of the community that lived around it. At this time, called Talayotic, funerary caves were excavated in the cliffs of coves and ravines such as Calascoves (Alaior). The oldest ones have a small circular or oval plan and are found in high places that are difficult to access.
From 650 a. C. the Post-talayotic begins. The most original and exclusive building in Menorca is built: the taula sanctuaries. They are enclosures with a horseshoe plan and a concave facade. In them, rituals related to the fertility of the land and people were practiced, with the sacrifice of domestic animals, libations with wine and symbolic breaking of amphorae. The presence of fire as a ritual and symbolic element is repeated in these monuments.

Menorca is full of remarkable buildings with incredible cultural interest. Without a doubt Villas Etnia is the best option to rest after a long day admiring the historical jewels of Menorca.

“Menorca is a charming island in the Mediterranean, with incomparable beaches and coves of golden sand…” 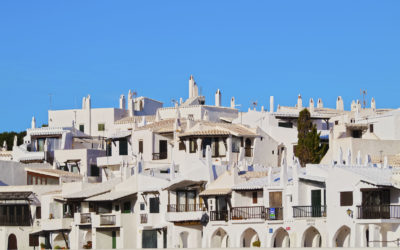 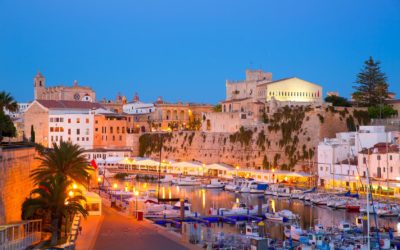